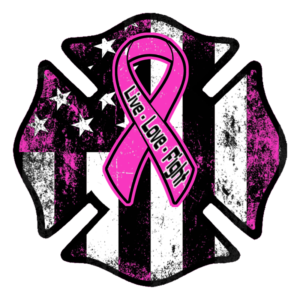 Cancer is now the leading cause of death among fire fighters – 60 percent of the names on the Fallen Fire Fighter Memorial Wall in Colorado Springs are IAFF members who have died from occupational cancer.

And, the growing body of evidence shows that cancer continues to pose a significantly greater threat to fire fighters than the general population.

“Cancer can be devastating for fire fighters, and we are just beginning to understand the scope of this problem,” says IAFF General President Harold Schaitberger. “That’s why we’re bringing together the best and brightest minds on this subject. We must continue to learn all that we can to save more lives.”

Researchers will provide an overview of dermal and inhalation carcinogen exposures on the fire ground, potential exposures from turnouts and vehicles and in fire stations, as well as the latest on fire fighter clothing contamination and cleaning.

“Our goal is to educate our members about the link between cancer and firefighting and help them develop the tools and techniques to reduce their exposure to carcinogens,” says Schaitberger.

Understand your cancer risk, know the exposures to carcinogens on the job and reduce your risk of occupational cancer with the new IAFF fire fighter cancer awareness and prevention training course.
This new resource, developed in conjunction with the Fire Fighter Cancer Support Network, is designed to help members avoid and decrease individual risk factors for cancer.

In addition to understanding why fire fighters are at increased risk of cancer, this new training will:
Describe the most prominent types of cancer that affect fire fighters
Identify the top carcinogens in the fire fighting environment
Review the major routes of exposure to carcinogens for fire fighters
Encourage behavior changes that can reduce the risk of developing cancer
Start the cancer awareness and prevention training course.

This section applies to all of the following:
(1) Active firefighting members, whether volunteers, partly paid, or fully paid, of all of the following fire departments:
(A) A fire department of a city, county, city and county, district, or other public or municipal corporation or political subdivision.
(B) A fire department of the University of California and the California State University.
(C) The Department of Forestry and Fire Protection.
(D) A county forestry or firefighting department or unit.
(2) Active firefighting members of a fire department that serves a United States Department of Defense installation and who are certified by the Department of Defense as meeting its standards for firefighters.
(3) Active firefighting members of a fire department that serves a National Aeronautics and Space Administration installation and who adhere to training standards established in accordance with Article 4 (commencing with Section 13155) of Chapter 1 of Part 2 of Division 12 of the Health and Safety Code.
(4) Peace officers, as defined in Section 830.1, subdivision (a) of Section 830.2, and subdivisions (a) and (b) of Section 830.37, of the Penal Code, who are primarily engaged in active law enforcement activities.
(5) (A) Fire and rescue services coordinators who work for the Office of Emergency Services.
(B) For purposes of this paragraph, “fire and rescue services coordinators” means coordinators with any of the following job classifications: coordinator, senior coordinator, or chief coordinator.
(b) The term “injury,” as used in this division, includes cancer, including leukemia, that develops or manifests itself during a period in which any member described in subdivision (a) is in the service of the department or unit, if the member demonstrates that he or she was exposed, while in the service of the department or unit, to a known carcinogen as defined by the International Agency for Research on Cancer, or as defined by the director.
(c) The compensation that is awarded for cancer shall include full hospital, surgical, medical treatment, disability indemnity, and death benefits, as provided by this division.
(d) The cancer so developing or manifesting itself in these cases shall be presumed to arise out of and in the course of the employment. This presumption is disputable and may be controverted by evidence that the primary site of the cancer has been established and that the carcinogen to which the member has demonstrated exposure is not reasonably linked to the disabling cancer. Unless so controverted, the appeals board is bound to find in accordance with the presumption. This presumption shall be extended to a member following termination of service for a period of three calendar months for each full year of the requisite service, but not to exceed 120 months in any circumstance, commencing with the last date actually worked in the specified capacity.
(e) The amendments to this section enacted during the 1999 portion of the 1999-2000 Regular Session shall be applied to claims for benefits filed or pending on or after January 1, 1997, including, but not limited to, claims for benefits filed on or after that date that have previously been denied, or that are being appealed following denial.
(f) This section shall be known, and may be cited, as the William Dallas Jones Cancer Presumption Act of 2010.

We help firefighters and their families cope with cancer

Cancer is the most dangerous threat to firefighter health and safety today.